Warning, there are no pictures in this post.  The subject deserves none.

We switched from the local cable company to another television provider this week, to bundle our phone, internet and TV and save a bunch of money.

DH asked me whether I'd be upset if any of the things I'd recorded to watch later were gone so as to know how to schedule the install.  I was a little sad about the Jeopardy episodes, but what the hey, they'll rerun on Saturdays.

BUT there were some other things I did want to watch, so I did a marathon on Sunday and watched all the episodes I'd missed of Blue Bloods and Miss Fisher's Mysteries and some other things.

I did not watch the Project Runways.  It turns out I didn't miss anything... in fact it's probably for the best that I did not watch, as the winner was once again someone whose collection was totally inappropriate for all but the very most Betsy Johnson-like among us.

UGH!! is all I can say.  If you want a true and honest review, you can go to Threads Magazine and read the one from "sews 4 fun" at the bottom of the list.  Or read Rita Farro's column, link at lower right of this blog.

Poor Ashley, she's been duped into thinking she did something good.  Hopefully her collection will die a natural death, as it deserves.

Judges, seriously??  Take a step back and think about it.  Maybe this was one season where NOBODY deserved to win because none of them met the challenge or qualified as fashion.

Shame on you, Heidi and Nina.  Would you wear anything from the winning collection?  You would not be caught dead in it, even if it fit better.  So don't expect any of us big girls to do so either.

Veteran's Day is Not for Happy

I heard at least a dozen people today say "Happy Veteran's Day".  IMHO, it's not about happy.  It's about honoring those who have served honorably to keep freedoms of all kinds in this country.

So free speech, free choice, freedom of religion and freedom from it, if that's what you want... that's everyone's right if they're a citizen of this country in good standing.

And everyone who ever supported a military person, as it's been said, they also serve who stand and wait.  And pray for safe returns from service. 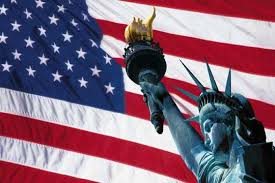 Those freedoms that were so hard-won include the freedom to be either right or wrong, to be smart or not so smart, to have your opinion as long as you don't try to force it on me, and to say and do whatever you want within the laws of this country and as long as you are willing to bear the consequences of your actions.

God bless America and all her protectors, today and every day.

Amen.
Posted by Sewing Sue at 8:49 AM No comments:

Stop the Presses!!! Alert The Media!!!

DH finally broke down and got a new phone! 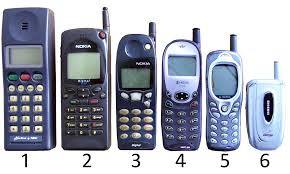 This photo came from a Wikipedia article on the 'evolution of the phone' I think this was from about 2000... and what DH had was a number 3.  No iPhones here!!

It was a good phone at one time.  It did what he wanted it to do: he got calls, he made calls.  He hates having his picture taken so there's no reason he would want to take anyone else's I guess.  He will not text, although he could receive and read them.

But the Phone Company informed him months ago that they were going to stop supporting that technology at the end of 2016.

Me:  You should get a better phone.
DH:  Why?  This one still works.
Me:  I know, but you've had it forever.  Maybe it's time to get a nicer one.
DH:  I'm going to make them support me until the end of next year.

This past week I called him on his cell twice, and left messages.  On Saturday I was out with a friend at Murder and Mayhem in Milwaukee, and called him to say I'd be later than I expected.

He looked at his phone.  No bars.  Well maybe half a bar.  And no message waiting signal.  He called his voicemail, sure enough, there's a message!

Daughter and granddaughters also encouraged getting a new phone.  He finally broke down and got one this Monday.

Here's how far we have progressed: 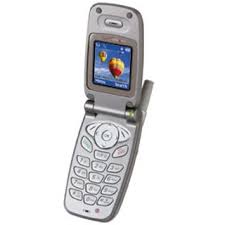 Rock on!  Not exactly the latest and greatest, but maybe it's the best that can be expected.  And the 14 year old can help him set it up.  LOL!

P.S.  Laura, the UPS man should be bringing you a little package soon... congratulations, hope you like it!
Posted by Sewing Sue at 11:40 AM No comments: