It's Officially Summer in Wisconsin. Wait, Are You Sure?

Summer starts on Memorial Day.  Ha!  Today's temperature is predicted to be 67 degrees.  It was 62 degrees when I left home this morning for the office and it didn't improve much after that.  What I wouldn't give for it to be warm.  Or maybe just
noun

Well, if you ask me, 67 is NOT a good room temperature! Nor is it a great summer temperature. I'd much prefer it to be around 72-73 degrees, but that's not happening today.
According to the weather bureau (remember when they called it that?) we might reach 75 on Thursday, but it's going to rain most of the week. Like it rained most of the weekend. 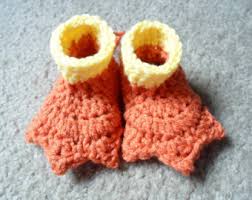 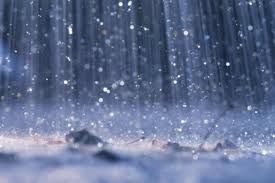 But then to quote Henry Wadsworth Longfellow... 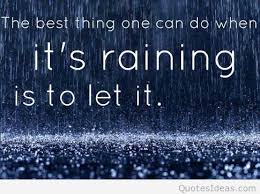 While it was raining, I spent some time straightening up my sewing space, and cleaning out a few closets and cubbies. I started another pile for donation, and got Miss A to pull out some baby toys from a few hiding spots. She took some lovely wooden baby puzzles to the one year old next door, and we put the dress up stuff in a box for donation. Next week she'll be ten, and she informs me that 10 is much too dignified to play dress up anymore!

I also made a trip to the farmers market with my DD and got some asparagus and rhubarb.  Other than seedling plants, that was about all that was of interest to us there.  When I got home I made the rhubarb into my favorite rhubarb thing -- pie!  It was delicious. 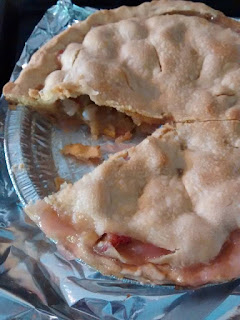 And then I needed to sew.  Needed it, you know what I mean?  So I pulled out a few fabrics and made up a kit called My Favorite Quick Donation Quilt, and sewed it up!

Apologies for the photo, the fabric between the parrots and the green is actually purple, which matches the dots between the rows of parrots.  Here it looks too pink. 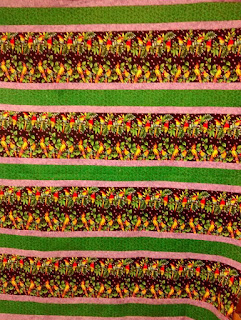 And having cut a half dozen kits in the past week, I had another bag of strips.  I found some muslin pieces and binge-watched a British crime dram-edy called New Tricks and sewed up some six inch string blocks. 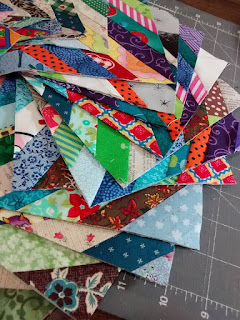 New Tricks is a show about a group of retired police detectives who work for the Unsolved Crimes or Cold Cases unit in London, England.  They're all old guys, working for a woman commander who's a bit younger than they are, and the title is taken from the expression 'you can't teach an old dog new tricks'.  They're clearly capable of solving mysteries that others have given up on, and about the only thing they can't do is maybe run as fast as the younger guys.  They're funny and irreverent and I'm enjoying the heck out if the show.  It runs on my local PBS station in the afternoon so I record it and watch it later.  If you tune in be sure to listen to the theme song.