Sue and the Terrible, Horrible...

no good, very bad day??  Do you remember reading the book about Alexander and his bad day when you were young, or reading it to a child or grandchild?

Yesterday I had a T-H-NG-VB Day.

Everything took three times the amount of time that it should have taken. 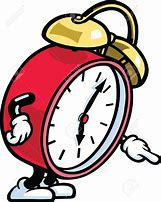 I dropped off my embroidery machine for cleaning, and what should have taken three minutes took at least 15.  Someone was purchasing a sewing machine ON THE PHONE.  As if!  That put me behind which would then make me late for my next few errands so I skipped my second and third errands and went directly to the movie theater for stop number four.

I had purchased tickets for two different films, one on Friday and one on Sunday.  I asked for the ticket to see Downton Abbey (Friday), but they printed the wrong ticket, which due to lack of reading glasses I didn't notice immediately.  By the time I got that situation remedied, the movie had started and there was someone in my seat.  She had apparently decided that I was not coming.

I finally found an alternate seat (not easy in the dark).  I didn't even have time to purchase a $5 soda, so I just concentrated on the movie.  That was the best part of the day! 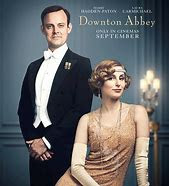 After the movie I went back to errand number two, pick up an order at the yarn shop.  Only when I got there, the sweet girl behind the desk couldn't find it.  By this time it was sprinkling outside and the wind was blowing.  It was approaching rush hour and I didn't really appreciate having driven all that way for nothing!  She was about to give me a replacement order when I got a text that my order had been delivered to my house.  She said things were crazy on Thursday when they did the mailing, so free shipping on them!  I only hope the lady whose order was NOT shipped will be as happy.

Now I went out to rush hour to deliver a table runner to church.  That was errand number three.  I was dropping it off for the Lutheran Women's Missionary League coordinator for Sunday.  Too bad I had missed her by about 15 minutes.  :-(  I texted her and told her where it was, and it turned out she was at the grocery store and could come back.

Having skipped lunch, and now approaching 5:30 p.m., I decided to run to a Taco Bell, but the street I was on had been improved this past summer and I couldn't make a left turn into their parking lot.

By this time, famished, I kept going until I found a fast food place on the RIGHT side of the street, and grabbed a sandwich and fries, and a $2 diet soda.  So less than half of the price of the one I missed at the movies.  My luck is improving.

And did I mention that by this time there was hail?  Teeny, tiny hail, but hail nonetheless.  Oh, and my reading glasses?  In the bottom of my purse, broken and missing the right lens.

Posted by Sewing Sue at 6:08 PM No comments: