One of the things that I've always tried to do is to call my children on the morning of their birthday to say happy birthday and I love you.

My mom didn't make a big fuss about birthdays when I was a kid.  I came from a big family and we didn't have a lot of money to spend on parties and presents.  Mom would bake a cake and put candles in it and we'd sing the happy birthday song to the birthday boy or girl.  Some of us had birthdays that were very close, so we might have to share.  My brother D's birthday is six days after mine, T and C are two days apart in September, and my brother K and sister are three days apart in November. 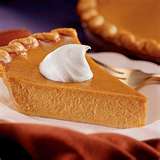 The November birthdays always had a candle in pumpkin pie.  K says he didn't have a birthday cake until he was in high school.

My best kid birthday was when I was 16.  My mom invited my boyfriend to come over after school, and he joined us for a cake I didn't have to share with D.  It was very sweet.

My worst birthday was when I was six.  My uncle gave me a pair of roller skates and I fell in the driveway and skinned up my knees.  The skates had plastic wheels, the driveway was lumpy and cracked, and get this people:  I AM NO ATHLETE!!  I didn't master skates until the age of 15.

My son is having a milestone birthday.  It's the big 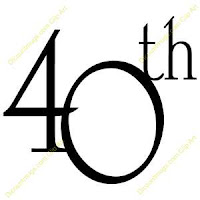 ...which is really strange because I am only 39 myself!  Ha ha, you know I got married when I was just an infant.  And if you believe that one, I have a bridge you may be interested in buying.

Once when we were getting a quote for some insurance, the salesman asked my husband if the kids were from his first marriage.  Oh boy, THAT did not go over well.  No sale that night!

So sonny boy was born at 8:38 a.m.  I usually call him around that time and ask if he remembers what we were doing all those years ago.  That's always good for a chuckle.

Now my daughter was born at 3:22 a.m.  I wait to call her later in the morning because believe me, neither of us would want to go there for that 'actual time' phone call!

So dear son, love you lots.  Happy birthday.  You turned out OK.  I'm proud of you.

And don't forget to eat some 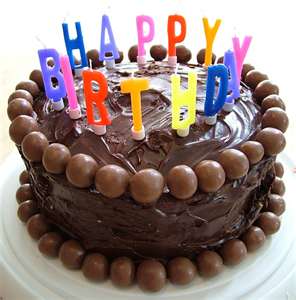 Posted by Sewing Sue at 9:13 PM No comments:

Eleven years ago today I got on a small airplane and flew to Indianapolis, Indiana, for a one-day training session with the employees in our office there.

I arrived at 7:15 local time and picked up a rental car.  While driving to the office I heard the announcement of a strange incident, not much known but there were rumors that an airplane, as yet unidentified, had crashed into the tower at the World Trade Center in New York City.

If you are more than six years old you know something about that day.  It's been replayed on TV and in the movies and in newspapers and magazines.

That day in Indiana it didn't seem real at first.  People watched events unfold in the conference room over a lunch that was brought in so we wouldn't have to leave.  After lunch, people drifted out to go home to their families.  Businesses closed.  Gas stations were suddenly raising prices and faced with long lines of cars needing fill-ups.

I couldn't fly home, so I went to Target to get toiletries and an outfit for the next day.  I hadn't planned to stay so I didn't even have a toothbrush, and I never carry makeup in my purse!  Target had about 11 customers, all of us wandering around looking for the toothbrushes.

Grabbing a hotel room, I called the travel agency to extend the car.  It's a five hour drive back home from there so I wasn't stranded.  The travel agent said not to worry, nobody was expecting any car rentals to be turned back in that day and they would waive the normal penalty for returning the car to a different spot than the pickup.

Our company president sent an email saying the firm would reimburse us for any reasonable costs to stay safe and travel home by whatever means.

The airport was spooky when I returned the rental and picked up my car.  Soldiers with dogs roamed the aisle, and I encountered a very frantic woman who needed to drive from Wisconsin to California and was not happy about it.

I never thought about air travel the same way again.  I am ever thankful for TSA and anyone else who does the screening.  I try never to complain about the scanners and the security lines.  I would much rather stand in line and be scanned that to be blown up or crash!!

We take our way of life for granted.  We assume because we think we're the greatest nation in the world, so does everyone else.

Every time I hear a rant about sending jobs overseas or importing goods or "buy American" I wonder why we can't do with just a little less so other people in the world can have a little more.  There's no excuse for terrorism, but I can totally understand how those who have nothing can be so angry that they hate those who have more than they do.

Am I my brother's keeper?  Christians believe we are... I think that means that we have a responsibility to care for the poor, give to legitimate charities, show our living faith by our works.  I hope I can live that out in some small way.  I often sew for charity projects and hope that each item I send out carries with it the love I put into making it.

I'm glad to be alive to write this.  I'm happy you are alive to read this.  Life can be gone in an instant.  Do good while you're here. 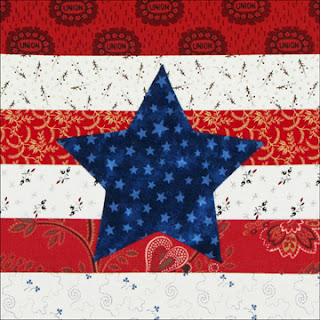 Hey, have you seen this in blogland?  Stash Busting is an actual initiative among quilters who want to work through more than they buy.  Who knew?  Not me, well not at first.

I went out to visit a couple of my favorite blogs and saw these wonderful reports... hey I need to get on this.  It's too late to count 2012, unless I declare a Fiscal Year beginning Sept. 1, but maybe I should get started!  I have added a page to this blog called Stash Busting.  I'll see if it helps.
I also noticed that people title days, and blog a specific thing on a specific day, like Design Wall Day or Linky Day or UFO challenges.  Hmmm... that one sounds like it's for me!
﻿
﻿Maybe we garment sewist should organize a UFO challenge.  Well, I guess I'd better check on what's going on at ASG, I'm sure I can find someone doing something onto which I should get on board.
Keep on sewing!
Posted by Sewing Sue at 11:33 AM No comments: