Reading in the Summer

My gal Rita Farro, over at Rita's Sew Fun blog (link to the lower right corner in my blog roll) blogged today about summer reading.  Go, Rita!  Turns out she and I love some of the same writers.

I heartily agree with her opinion of public libraries.  She loves them; I love them.  I was just visiting my local public library last night.  We have our local quilt guild meeting there once a month, and it's the perfect time to stop in, pick up reserved books, and drop off the ones that are done.

I'm currently listening to some books on tape in my car by M.C. Beaton, they're mysteries set in the highlands of Scotland with a hero named Hamish McBeth.

I also like to buy books at the Goodwill.  Nothing beats the joy of owning a good book at a bargain price.  However, sometimes the girls and I do buy books at regular bookstores.  My daughter and I did the BN thing when she was younger.  We would go to the bookstore, browse around and get a pile, then go to the coffee bar and make our buy or not buy decisions while enjoying an overpriced beverage.  I do the same thing now only it's with three girls instead of one.

Miss A recently got herself a library card.  She was so excited, she said she's going to go to the library EVERY DAY THIS SUMMER!  When I told her that would not be possible, she said "No problem, Gramma, Grampa will just drive me over there!"

Love the enthusiasm...  and just think, they have gazillions of books, and they want you to read them ALL! 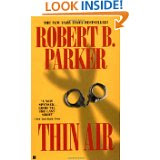 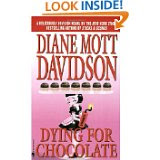 Here's what I have read this past six months: 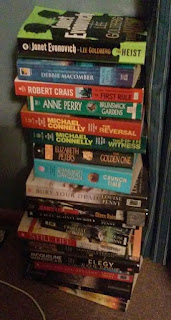 And what I want to read this year that I own: 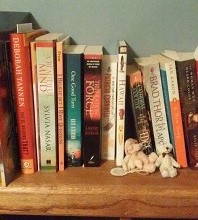 My daughter gifted me with Killing Lincoln by Bill O'Reilly and Martin Dugard.  She knows I love history and the civil war period, and am a great admirer of Mr. Lincoln.  I think she was trying also to prove to me that Mr. O'Reilly is not as big a buffoon as he appears to be on TV, but that jury is still out.

And of course I have a full library of books related to my hobbies...  Can't resist the brightly colored photos.  Good for dreaming over when you're considering a new project, or twelve. 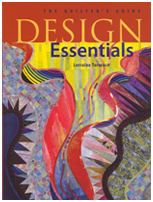 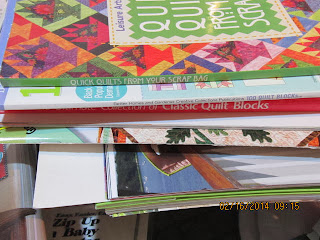 I even keep my eyes open for used books, especially the classics: 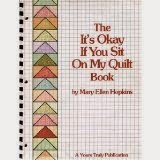 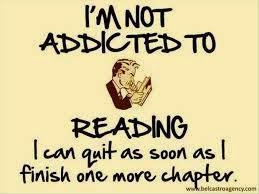 I need several more days just to rest up...

My family, which I've blogged about before, has many, many branches on our tree.  This is specifically about my mother's side of the family.  She had seven brothers and three sisters who survived to adulthood, and two more sisters who died in infancy.

Most of these siblings had multiple children themselves.  Only one aunt had an only child, and one had no children.  The rest of us are from families of four, five, or even eleven!

So when I tell you that I have a lot of first cousins, I mean it...  One cousin lives in the country next door to his brother.  They each have a ten acre yard.  Good thing because they have families who like horses, goats and dogs, and they themselves like cars, trucks, farm equipment and other fun stuff.

Once a year they generously host the family picnic.  You could call it a reunion, but if we get together frequently were we apart long enough to be reunited??  LOL!

This year both my children came and brought their kids.

Miss E saying "Gramma, you're NOT taking my picture!"

After she ate, she texted Grampa to come and take her home.  (Oh no, Mr. Cranky Pants doesn't DO picnics...)

See the big slide in the background?  Entertainment for children all day long?  See the fingers in front?  That's my brother checking the weather report.  Thunderstorms were predicted and the sky was getting cloudy. 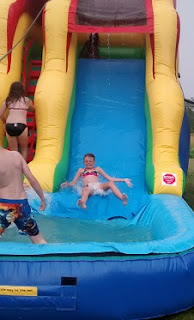 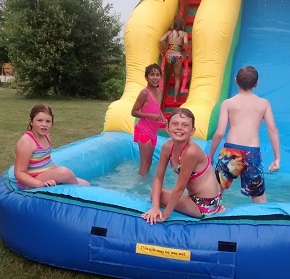 Miss A and Miss K resting up from the slide. 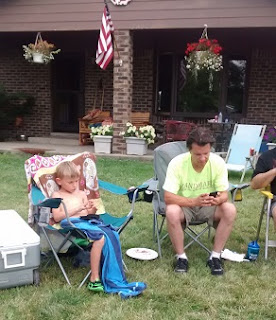 My SIL looking very adorable.  She was a fashion plate.  Even her glasses frames are blue!

My brother.  Everyone joked that this is his best side.

Once again, a good time was had by all.  There was volleyball and horseshoes, lots of food and beverages, a few sprinkles of rain but nothing disastrous until later in the evening.
Miss E got water in her ears and with the tubes it was problematic.  We left a bit earlier than I normally would but the kids were going to another party.  I had the grands overnight.  We got dried off at home, put things away, ate noodles and played in the yard, had ice cream cones and dropped exhausted into bed at 9:30 p.m.
I'm tired again just writing about it!﻿
And a little bit jealous of my friend Marlene who retired last week, and didn't have to get up to go to work on Monday.  Or today.  Or ever again...  good for you, Marlene.
Party on...
Posted by Sewing Sue at 8:48 AM No comments: