What does Independence Day mean to you?

What I think of is the hard, hard work that people did between 1776 and 1783 when the Revolutionary War was actually over.  They endured hardship, deprivation, arguments among themselves as to what they were fighting for; they risked their very lives committing 'treason' against what they perceived as unfair governing by people across the ocean, who didn't know what was going on here other than what they heard months after the fact in letters.

It wasn't easy, people!  I think they came up with a pretty good system.  But we might be wrecking it.

It isn't easy today either.  Many, the vast majority, do not exercise the right to vote, and then complain a LOT when the officials that do get elected don't do what they think should be done.

I'm disappointed in so many ways in today's political situation.  We elected an administration that doesn't have a Servant's Heart.  It wants to punish children for the actions taken by their parents when they were minors... and yet we don't wish to improve the situation anywhere in the world but here at home.  "Yay, we're the BEST!!  Sorry, the rest of you are just stuck in unsafe and hazardous conditions, and don't you dare try to come here to improve yourself or escape danger!!"

And now, tanks.  Yeah, TANKS.  On the Mall in our nation's capital.  Oh boy, can you imagine how great that looks??  That went on in 1930s Germany and Japan and is now the norm in Russia, China, North Korea.  That's who our administration admires!  OK, not all of them.  But who's standing up and saying no?  A minority.

Kind of like John Wayne, or at least the characters that were portrayed by him.

Strong.  Silent.  Protective.  Defender of the down-trodden.  Didn't say much until it was time to say something.

We have forgotten what it's like to have Principles.  Truth is no longer True.  People are offended if you say you don't like something they're doing, even if what they're doing is wrong. Voltaire said "you can do anything you wish as long as you are willing to accept the consequence of your actions".  But they're saying hey, let's just say it's OK to do it now.

Independence means that I will can disagree with what you say and still defend your right to say it.  We have forgotten that too!  These days we're not happy with just disagreeing with what someone else says, we must totally destroy them in order to 'win'.

Win??  Why is it that you can only be right by making me be wrong?  Why can't we just agree to disagree, and not become disagreeable?  No, now we have to call people names and belittle them because they disagree with us.  I am only big by making you small.

I am praying for this country on her birthday.  We need to become what our name says, United.

The United.  States.  Of America.

Please God, let it be so.

Amen.
Posted by Sewing Sue at 8:55 AM No comments:

This week is a national holiday... Independence Day is Thursday, July 4, 2019! 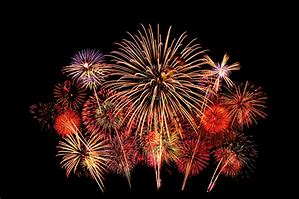 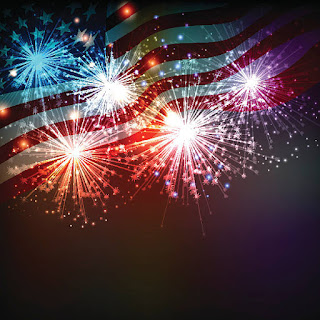 I normally would be working at the quilt shop on Thursdays, but since this is a holiday, I will not be there, since we're closed.  But after last week, I'm glad to be off two of my regular three days of work this week!

Vacation Bible School was a blast.  The staff did an amazing job!  There were somewhere around 68 little attendees, half of whom were five and under.  I was crew leader for a group of six; three threes, two fours and a five year old.  One cried all day for two days; one sucked her thumb and needed to be carried for four of the five days, and the two boys ran ahead of everyone, regardless of whether they were going in the right direction or not!  But we learned a lot, and sang and danced a lot, and generally had a really great time.

But now my knee hurts.  A LOT.

I hope to spend much of this week sitting and resting the limb.

today I finished reading David McCullough's book 1776.  I really enjoy David's books; previously I read The Johnstown Flood and really enjoyed that.  I've also seen him on Book TV on CSPAN 2, although lately that's been nothing but political discussions and I don't enjoy those...  But 1776 was a great read!  It reads like a novel except that you recognize the major players as real people.  It's the story of the Continental Army under General George Washington right up through the end of the first year of the American Revolution.

I learned several things I didn't know before.  Like the war wasn't a war for independence at first, and that the 'founding fathers' who wrote the Declaration of Independence were mostly non-combatants with a couple of exceptions.

If you are looking for a good book about what it means to be American, I can recommend 1776. 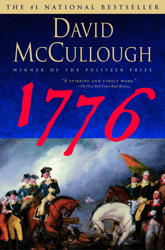 Next up for me is John Adams, also by David McCullough. 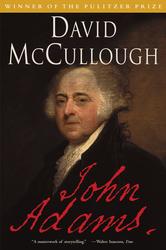 I'm also slogging my way through Alexander Hamilton's biography, although that goes from his early childhood all the way through his death from dueling with Aaron Burr, and I think it may take me as long to read it as it did for him to live it!

Meanwhile, I'm waiting for delivery of the biographies of Nathaniel Greene and Henry Knox two of Washington's best military leaders.  Knox owned a bookstore.  He might be my favorite Revolutionary General of all time!

Hope you're enjoying your summer too.