﻿ ﻿
﻿ ﻿ By 5 p.m. today when they shut down the phones and the computers, I should be exhausted and very dirty!  True to form, my boss had to travel today and will be out of town until Monday.  He's not a pack rat so his stuff was all packed yesterday.  He'll come to the new location on Monday.  What luck, huh? 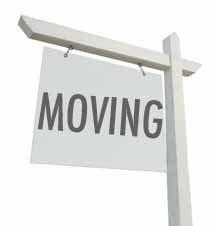 In case any of my three followers were wondering why I haven't posted since last Thursday, this is why: 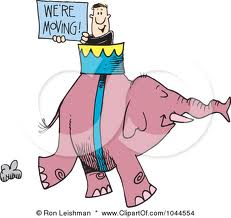 Our office is moving!! 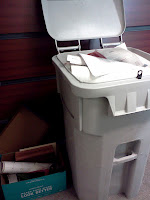 We have been in one location since 1987, and believe you me, there is a LOT of junk that has been accumulating over the years!  We've been going through a major records purge, sending a ton of boxes to off site storage, and shredding a lot. 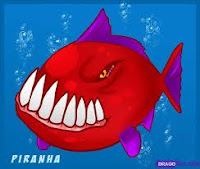 Well, we haven't shredded, a company called (appropriately) Piranha has been providing big blue bins into which we have poured our paper lives from closed projects and expired archives and all the nooks and crannies of our work life.


We're down to the wire.  There are two more 'in office' work days this week.  Then Friday the big moving van comes and picks up all our our totes, carts and boxes, and drives us the seven or eight blocks over to the new location and unloads it all.

Saturday those of us on the moving committee will be putting everything in the new space.  I'm responsible for our joint venture project and all the office supplies and kitchen supplies.  Other people will be moving the garage, the machines, hooking up computers and phones, all the other lovely things that go into making a 100 person office function.

After an open house on Sunday, the only thing remaining will be for each person to put away their own personal office stuff and settle in to work.

Pros to the move:  two locations will be combined so instead of two rents there will be one, and instead of two offices half full, there will be one nearly full.  We'll all be in the same spot so we can spend less time on the phone with each other.  Our new location has many amenities in the building including food vendors, a workout room, a big lobby with tables and a TV and the parking is attached.  We'll be in an office building that caters to professional working people.  A building built in the 20th century as opposed to the 19th.  One with heat that works and AC the same, and an elevator that does not take two minutes to go one floor!

Cons:  well, I'll be in a cubicle instead of an office with a door, but I've done that before.