One Way Conversations, Or Talking to Yourself?

Do you ever talk to yourself?

I do. Some days more than others. Some days no one else is listening. Some days I get the best answers from myself.

I try to have patience with people with whom I have actual conversations. But sometimes it's hard because there isn't the best connection. Like when I say something to one of the grands, but I use a word they don't know, and there's no reference point. You have to go back and explain. Then the conversation can move forward.

Or so you hope.

Email has made conversations less frequent, and often less necessary. This can be rather sad sometimes.

I had a recent e-correspondence with someone who was multi-tasking. They sent an email about one subject, which I was answering. Meanwhile, they were on to a different topic, and sent another email with a very similar topic, and RE: in the subject. You know, that reference to a previously held conversation.

My mind was still on the first topic. So I answered with reference to topic 1, and they responded with another question -- like "What? You said what now??" -- and I had a little side conversation with myself that went something like "And did you even READ my answer to your first question??"

Lucky for me, I didn't write and send that!

So I went back and read thoroughly through the email trail, and realized I was actually in two conversations with one person, and obviously not keeping up.

How much better did you like it before emailing, texting, Facebooking, and Twittering were the only way people communicated?  I don't mind emailing, or texting, or whatever.  But often the conversation would be better and maybe quicker, and certainly clearer, if it were on the phone or in person.

Face to face, you can see body language and expressions.  You get the whole effect.  You can read between the words.  Optimal, but not always possible.

If you call a person on the phone, the question gets answered or the topic gets discussed in a flow. Not always uninterrupted, but at least you're both in the same place in the conversation at the same time. So if someone does interrupt, or introduces a new topic, you have half a chance to follow along. Making rude conversations with yourself all but unnecessary.

Or one could hope.

Which is maybe why I like blogging. Stream of consciousness or writing because you are impelled to do so, on topic or just at random is more calming than trying to have multiple conversations at once, and sometimes with more than one person!

Call me old fashioned. Call me techno-challenged. Just call me!

OK, I am never going to actually tell anyone how much fabric I have in my stash because

honestly... I have no idea! 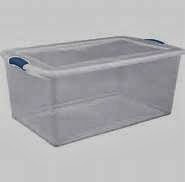 I know I have one large bin of each of blue, green, red, black/white, tan/cream quilting fabrics, and the green one overfloweth into a couple of small bins. I have what for me is a tiny bin of yellow, purple and orange.

I have what probably amounts to one large bin of Christmas fabric, and one more of multi-colored things that just could not be categorized.

There's a small bin of fruits & veg, and another one with florals I was always going to use for a landscape quilt. Honest. I bought the book and everything!

There's a half-sized big bin of batiks too. That came in handy when I took the class with Jan Krueger in Reedsburg a couple of years ago. Hey, I should get that top quilted, it's quite a stunner...

Oh, and because I used red thread instead of white (bad direction or a personal hearing problem, I don't know) on a dozen I have do to make some more, so I ordered a couple of yards of white linen from Fabric.com. See, the stash grows even when I'm not intending it to grow.

Now I need to schedule some vacation time to sew. And sewing would go so much better if I could spend some time straightening up my room. I was cutting and making kits for the church sewing group, and it gets kinda messy when I'm doing that! I know, clean up as you go, right? Easier said than done sometimes.


Plans are coming together.  I guess spring is here, mentally if not physically!