I write because I just have to write.  It's kind of a compulsion!  When I sit down at the keyboard and see a blank white screen on this blog or in a word processing program, I just go.  I have a whole list of topics I want to write about.  I'm writing a family history.  That's fun in so many ways.  Writing my memories of events, checking what facts are verifiable, getting input from other family members and their recollections is a great experience.

My cousin Joe is actually researching our family geneology.  He makes trips to courthouses and cemeteries, and has compiled lots of facts about our mutual grandfather.  I don't know how many of the relatives have discovered his blog, but if they do they'll find it interesting.

I was able to help him with a point of confusion over names at one point.  I liked doing that.  My great great something or other came to the US from Europe, and language was a barrier to communication.  Immigration officials made spelling guesses and errors.  Record keeping back in the 19th and early 20th century was by hand (some of it beautifully written).  So sometimes names were written as they would have been in the 'old country' and sometimes they were changed, or Americanized.

Thinking about those great-greats and what they went through makes me think that they were very brave!  Could you pick up and sail across an ocean not knowing what you might find on the other side?  Sometimes there was family over here already, but someone had to be first! 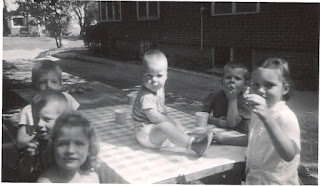 That's probably how the family got this crazy ability to adapt, to cope, to deal with any situation.  We're kind of amazing!
Posted by Sewing Sue at 9:13 PM No comments:

Someone asked why haven't I written something about my dear spouse in my profile, or said more about my immediate family.  I have referred to them by their initials or their family position, for example I might mention my dear husband, or DH.

One thing about the internet is that it's so public.  Social media like Facebook and Twitter are just so 'out there' for anyone and everyone to look at!  Even if you try to restrict your FB settings to 'friends only', if someone is a friend of a friend, how do you know they aren't seeing what you've posted?  Sometimes people have responded to soemthing I've posted and I think, wow, how did they see that?

I'm pretty social.  No one who knows me would say I'm shy and retiring.  And as I said in a previous post, strangers are just friends you haven't met yet.  Well, some strangers are soon-to-be friends.  Some strangers are strange and should remain strangers!!  There are a lot of wacky, twisted people out there, folks.

So my DH is a pretty introverted person.  Yeah, he talks -- to me, and only if he has soemthing to say.  He has his friends, and he talks to them.  He hates answering the phone if he doesn't recognize the number of the person calling.  Which can be a problem  for me since I know a lot of people that he doesn't!

When I started blogging he said "I have one request.  Don't write a lot of crap about me."  OK, fair enough!  OK, I can live with that. 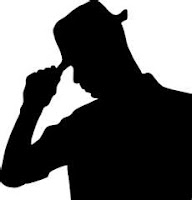 Posted by Sewing Sue at 9:20 AM No comments:

Monday mornings are so stressful and I understand they're even more stressful on the week we 'spring forward' for Daylight Savings Time.

There was a story on CBS Sunday Morning yesterday about sleep deprivation.  Most adults don't get enough sleep.  Boy, don't I know it!

I usually go to 'sewing night' on Fridays, then sleep in a bit on Saturday.  Then I'm not tired on Saturday night and I stay up later, usually in my sewing room.  Sunday I get up early for church and then do something fun in the afternoon.  But Sunday night I stay up later -- trying to make the weekend last, I guess.  So it's hard to get up early to go to work!

But Mondays are good days to catch up with my 'blog' friends.  Rita's back from the big sewing expo, and Bonnie has a wonderful post about the new edition of 100 Quilt Block, the magazine.  Stop over and read up!  You can use the link below to go right to her blog:

And happy Monday, everyone!
Posted by Sewing Sue at 9:48 AM No comments: